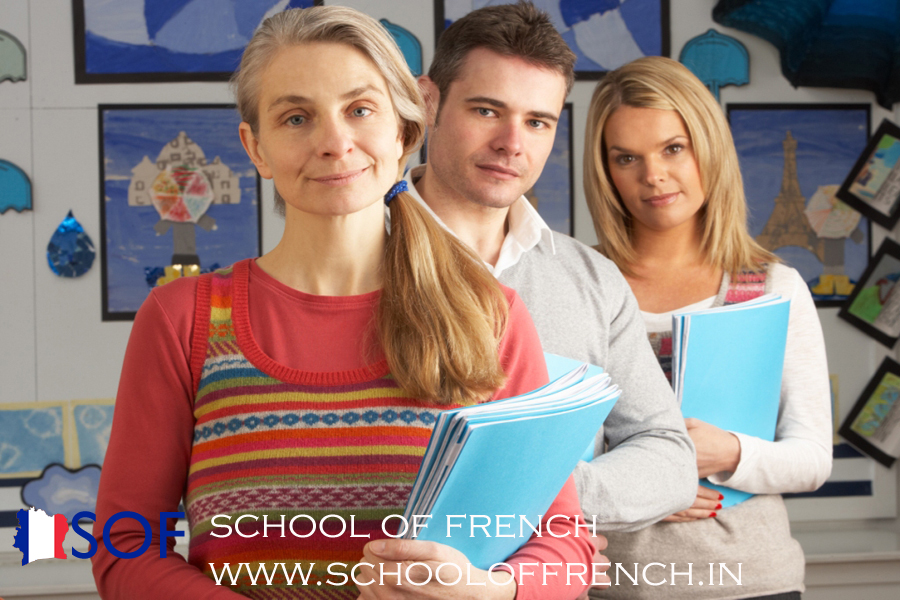 The sixth most widely spoken language in the world is French. 29 countries in the world have French as their official native language; because of which over 270 million people in the world are French speakers. The language is also often used on the internet. A lot of students of India opt for French as a foreign language to learn and study. French is also considered as a language of Art, Culture, Love, and Literature.

Hundreds of international French brands such as L’Oreal, Orange, Axa, Peugeot and many more are coming up with employment opportunities for French speaker in non- speaking French countries. Recently the job opportunities for French language experts in India showed a rise in demand. This made French a popular language among students willing to learn a foreign language or create a career in it.

Delhi has a lot of French classes available for students who wish to learn French.

School of French is a leading French and Spanish language institute in Delhi NCR that offers students with Spanish and French language training despite their linguistic level. It was established in Delhi in 2013. In their French Classes, the accomplished educators build up a class and instruct students solely in French. They utilize clear expressions, gestures, and audio-visuals to offer a well-rounded, understandable methodology allowing learners to partake and communicate in French from day one. The institute also provides home tuitions, online classes, and corporate training.

Many colleges of Delhi University provides certificate, diploma and higher studies in foreign

Languages. Course for almost all the popular languages are available at the University of Delhi

A lot of other colleges of DU also sometimes offer French classes, stay updated with the notifications provided by DU.

Other known institutions or universities in India providing French classes –

Thus for all these opportunities, and the ones not mentioned here, Learning French is indeed an asset. It can provide one with a good job profile and help one in earning a decent salary.

If offline French classes do not suit you, you can also lookup for distant courses by universities such as IGNOU or for online courses such as the one provided by the School of Spanish – Click here to know more about it.

If you wish to be a French proficient enroll yourself in any one of the French classes and give wings to your dreams.
Keep working hard and we assure you that you will reach your destination and achieve all the success that you deserve.